The lawyer of a 30-year-old Wisconsin man, charged with sexually abusing a young teenager more than 70 times throughout a six-year period, filed a motion in Freeborn County District Court Monday to dismiss his client’s charges.

The alleged acts reportedly involved both intercourse and oral sex through July 2010. 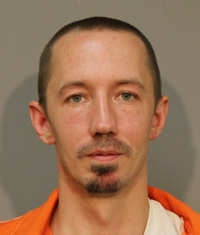 According to court reports, the sexual assaults were sporadic, so that Kaehn could “quiet things down so nobody knew … so nobody would find out.”

In 2010, Kaehn reportedly confessed to the girl’s mother and said “he messed up,” court documents continue.

During the court proceedings Monday, Kaehn’s public defender, Stephen Erickson, also requested a contested hearing for his client to be held within 28 days. More information will be given at that hearing about what Erickson is questioning.

In the meantime, Kaehn remains in the Freeborn County jail on $80,000 bail.

His most serious count, first-degree criminal sexual conduct involving sexual penetration, carries a maximum penalty of 30 years in prison and a $40,000 fine.