Local residents in favor of changing the city’s mayoral terms from two years to four years will begin circulating a petition next week to registered voters in favor of their initiative.

The Charter Commission this past June voted against supporting the change of the city’s mayoral terms, voicing concern that they had not been presented with a significant number of residents in favor of the change or any kind of petition or direction from the City Council. 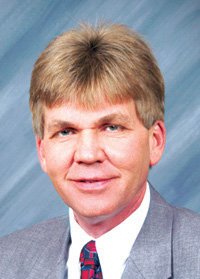 Former Albert Lea Mayor Randy Erdman, who is a proponent of the change, said since that point, he and others have been working to find out what it would take to submit a petition to the commission and how many signatures would be needed to make it valid.

Erdman said according to state statutes, there need to be 5 percent of the registered voters in the city from the last state election to sign the petition. That’s equal to about 400 voters, though he hopes to have at least 1,000 people sign.

“I don’t think it’s necessary to go door to door, but if I have to I will,” he said.

Erdman said he thinks this is the first time citizens have petitioned anything to the Charter Commission.

“We want to do it the right way,” he said. “It isn’t as if we’re forcing this down anyone’s throats. We want to see what people what, and I think people want four-year terms.”

The petition will begin circulating Monday. To sign, people must be registered voters with a valid address.

Proponents of the change have argued that switching to a four-year mayoral term would remove the distraction of too frequent of re-election campaigns and provide greater continuity for the Albert Lea City Council and effective leadership for the community.

Erdman said every regional center is changing to four-year terms.

Opponents said it would take away the more frequent opportunity of the people to vote for change if they don’t like the direction the city is moving.

Albert Lea started out with one-year terms, but in 1903, it switched to two-year terms with then Mayor E. W. Knatvold.

Erdman noted he knows what it’s like to go after a big project, as he was a large proponent of the half-cent sales tax that ultimately was approved.

Erdman is part of the five-person committee forming to circulate the petition.

If people are interested in signing the petition, they can call Erdman at 438-8825.