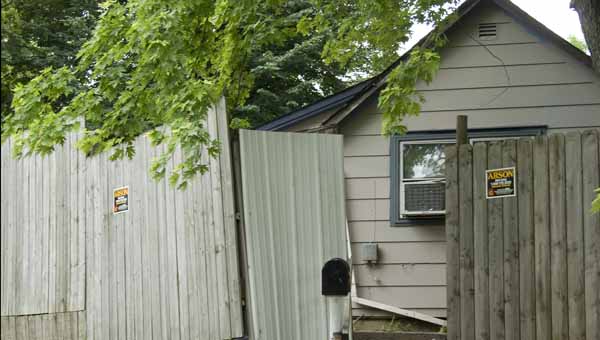 An intentional fire was believed to have started at this house, 507 Triangle Drive, early Sunday morning in Albert Lea. Arson signs have been placed by the Albert Lea Fire Department on the fences around the house. -- Sarah Stultz/Albert Lea Tribune

An early-morning fire damaged a house in Albert Lea on Sunday in what officials are calling an act of arson, according to an Albert Lea Fire Department spokesman.

Albert Lea Fire Capt. Mark Light said the fire, at 507 Triangle Drive, was called into authorities just before 3 a.m. Light said a passerby who called in the fire stated there were flames showing from the house’s structure.

He said there were some suspicious circumstances behind the incident, and one woman who resided in the house was taken to the Mayo Clinic Health System with minor injuries. 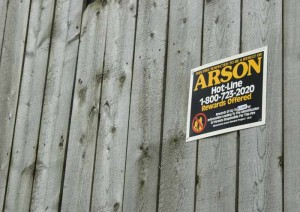 These arson signs have been placed on the fence surrounding 507 Triangle Drive after an early-morning fire on Sunday. -- Sarah Stultz/Albert Lea Tribune

He was unsure if the injuries were due to burns or smoke inhalation.

The woman was removed from the house by firefighters.

Light said he does not think there was extensive damage to the house, and fire investigators and police are continuing to investigate.

People are asked to call a hotline phone number at 800-723-2020 if they have any information on the incident. Rewards of up to $2,500 are being offered for any information leading to the identification of the person responsible for the fire.