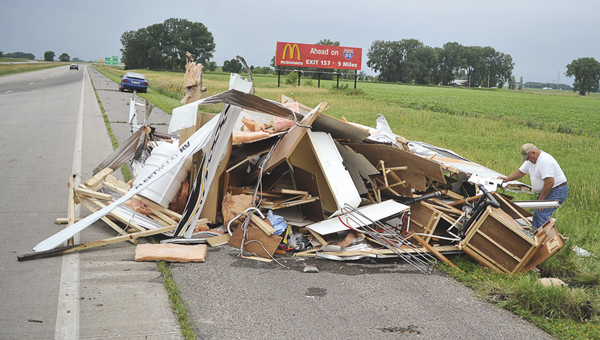 The wreckage of a destroyed trailer is stacked alongside the westbound lane of Interstate 90 near the Oakland turnoff Thursday after the trailer and the truck towing it rolled at around 6:40 a.m. According to the Minnesota State Patrol witnesses reported the truck and trailer began drifting right into the left lane and nearly into the median before the driver over-corrected, consequently rolling both vehicle and trailer. There were no injuries. -- Eric Johnson/Albert Lea Tribune