Veryl K. Johnson, 87, of Harlingen, Texas, passed away Thursday, July 21, 2011, in Harlingen. Veryl was born in Flandreau, S.D., on March 7, 1924, to Joseph and Louise Moller Johnson. He was raised in Flandreau by his good Norwegian parents who provided the foundation for a strong Lutheran faith. He served in the Army for four years during World War II. He then graduated from South Dakota State University in Vermillion, S.D. He met and was happily married to Jane Doss Johnson for 59 years. After graduation from college, he started working for the Proctor and Gamble company as a salesman and was with the company for over 30 years. They settled in Worthington where they raised their family. After his retirement they moved to Henning and fulfilled a lifelong dream of buying a home on a lake where the entire family would gather for vacations. 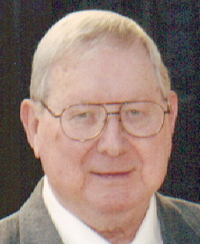 More than 20 years ago they moved to Harlingen, Texas, to escape the Minnesota winters where he and his wife Jane were American Red Cross disaster volunteers both locally and nationally. They were also very active in the Harlingen CISD H.O.S.T. program.

As were his wishes no services will be held. For those desiring to do so memorials may be made to the American Red Cross. The family would like to thank Veranda Rehabilitation and Health Care Center in Harlingen for their excellent care during the last two months of his life. Funeral services are under the direction of Heavenly Grace Funeral Home and Crematory.