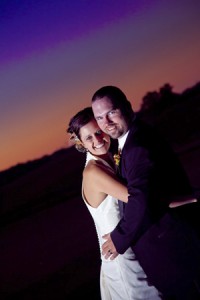 Ring bearer was Carter Tenge, nephew of the bride, of Hudson, Wis., son of Jake and Allison Tenge.

Personal attendant was Paula Dahl, friend of the bride, of Albert Lea.

Pianist was Mary Larson, friend of the bride’s family of Shevlin.

A reception and dance followed the ceremony at Wedgewood Cove Golf Club.

After a wedding trip to Riviera Maya, Mexico, the couple resides in Glenville.