Jodi Guthrie and Adam Evans were married May 21 at Hillcrest Country Club in St. Paul. Terri Hansen, friend of the bride officiated at the double-ring ceremony. 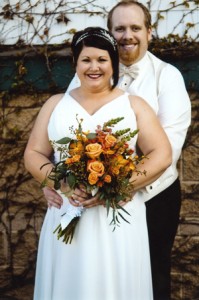 Parents of the bride are Suzanne and Larry O’Neil of Coon Rapids. Grandmother is Peggy O’Neil of Winona.

Music was provided by Bethany Olsen, friend of the groom and Tim Evans the brother of the groom.

A reception and dance were held at Hillcrest Country Club in St. Paul, following the service.

Following a trip to Hawaii the couple will reside in Andover.