Roxanne King and Daniel Rezac were married at 4 p.m. May 6 at Our Savior’s Lutheran Church. The Rev. John Weissenburger performed the double-ring ceremony. 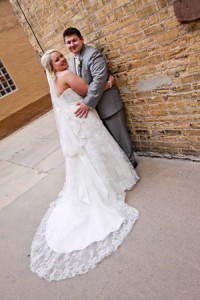 Ushers were Brady Koller, brother of bride, of Albert Lea, and Matt Rezac, cousin of groom, of Northfield.

Ring bearer was Blake Rezac, of Owatonna, son of bride and groom.

Musician was Caitlin Bartsch, of Owatonna, friend of bride.

A reception was held at Owatonna Country Club, Owatonna, following the ceremony.

A wedding trip was planned to the North Shore following the wedding for five days.