What is a good son-in-law? 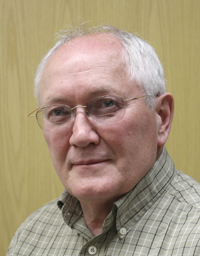 He is the son of a different father and mother, a young man who was attracted to your daughter and they started dating. Each one checking out the other and eventually they grow closer to each other. Usually the boy decides that this is the woman for him and asks that tough question: Will you marry me? If she says yes, then he becomes the husband to your daughter and your son-in-law. As the saying goes: “A person can choose their friends, but not their relatives.”

Not all sons-in-law are equal; some are better than others. That fact depends on what the in-laws think of him. It takes time for both sides to adapt to each other. To make the son-in-law situation work well, sometimes a parent has to keep quiet. If both people are happy, get along well, no one is being abused, then you should not interfere. Only offer help when help is asked.

This new person in your life will be the father of your grandchildren if you are fortunate enough to have some. When and if they do have children, the children will most likely reflect the mannerisms of the parents. It is what they learn at home; after all, we did the same thing.

Some of the mannerisms come from your daughter, and the way she was brought up. The rest will come from the son-in-law and how he was brought up. It is a combination of both sets of in-laws. Here is another time when your lips should be sealed. If the children are well-cared-for, healthy, fed, clothed and not being abused, then the only help that should be given is when help is requested.

Their physical looks and actions, on the other hand, may resemble any and all family members. It is, after all, a genetic thing. It is actually fun to see how the genetics come out in the grandchildren. I have a grandson who has the same eating likes and dislikes as his uncle from the daughter’s side of the family.

Some parents may have had only girls, some only boys, some a mixture of each, and some have only one child. All those different combinations can add to the dynamics of the daughter/son-in-law relationship. So in some families the son-in-law is the son the daughter’s parents wanted but didn’t or couldn’t have.

If you have a son who is not yet married, somewhere out there is a girl waiting for just the right person. Maybe it is your son. Her father, when introduced to your son, might think this person, your son, isn’t quite good enough for his daughter. But, hopefully, in time they all will adjust.

I think at one time I was walking the road of “My daughter deserves a better person than the one she has chosen.” The problem with that mentality is this: I am not the one in charge of deciding who is and who isn’t a good choice. My daughter is. It is her life, and if my wife and I have done a good job of raising our daughter, than she should be capable of choosing the right person.

So time has gone by for my wife and me. In June of 2011 my daughter and the man in her life will be married 18 years. That is a long time by the today’s standards. I would say they both have done it right.

My son-in-law takes care of his family. He loves his wife. He loves his children. He even cares about his in-laws. I have not lost a daughter; I have gained a son.

Roger Panzer is a member of the Washington Avenue Writers Group.