Will the boys be back? 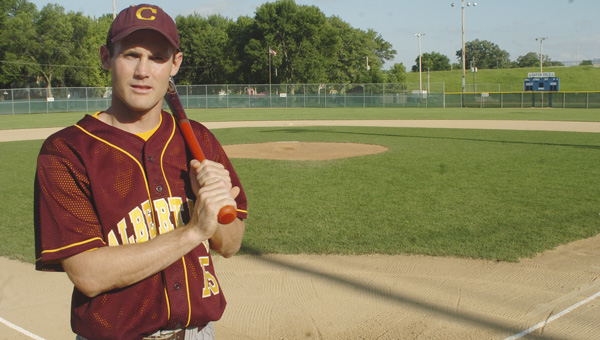 The future of the Colonels baseball team is unsure.

The history of amateur baseball in Albert Lea is as tumultuous as it is rich.

Since the 1940s, the town has seen one of the state’s best teams, the Packers, go bankrupt and another collapse 20 years after it began.

For the first time since 1990, Albert Lea isn’t home to an amateur baseball team — prompting the question: Will it ever be back?

It was announced this spring that Albert Lea’s lone amateur baseball team, the Colonels, wouldn’t take the field for the first time since 1990 due to lack of interest.

The team’s coach, Bill Trygstad, wouldn’t disclose how many players he had commitments from but said he needed 13 or 14 to field a team and that he “didn’t have a commitment from very many.” Trygstad then called the opposing team’s coaches to notify them the Colonels’ season was canceled.

The Colonels began playing baseball in Albert Lea in 1990. That year marked the first time amateur baseball was played in Albert Lea since the town’s previous team folded in 1985. That team began playing in 1982 and its core players made up the bulk of the Colonels’ roster in its inaugural season. It wasn’t named the Colonels, though, and in fact, Ray Keating, a player who played on both teams and was a founding member of the Colonels, said he didn’t remember the team even having a name — only Albert Lea’s logo on their uniforms to identify themselves.

In a story in the June 1, 1990, issue of the Tribune announcing the Colonels’ arrival, Keating said “There’s no reason Albert Lea shouldn’t have a team.”

That attitude is still alive today.

So why couldn’t the Colonels stay afloat? Trygstad believes the team may have been too young.

“We had a very young team in 2010 compared to some of the other years,” he said. “We relied a lot on the Legion players.”

Trygstad said he needed a mix of veterans who were willing to run the team and young players with speed and strong arms. But most importantly they needed players who were committed.

Commitment is key and obvious on successful teams.

“You need continuity,” Keating said. “In reality, you need some old guys to do the work involved in it. Young guys just show up and play and don’t want to do the scheduling and leg work.”

Keating said the Colonels had a good mix of players in its early years, including many in their 20s and 30s. He said the team’s youngest players were in college and didn’t play often because they weren’t as good as the older players.

Joe Serratore, of Austin, said there are two ways to create and sustain an amateur baseball team.

Serratore has started four teams in Austin since 1990 and won multiple state championships. He said coaches can either start from scratch and build out of its own community or recruit.

“I would take Albert Lea and go into towns that don’t have town ball,” Serratore said. “Make sure every kid in the community capable of playing does and encourage kids to get back out playing baseball not softball.”

Serratore said coaches need to motivate players with schedules and putting a good product onto the field.

So what’s the other?

“Have no loyalty and go recruit a team,” he said.

Serratore called the Colonels “too recreational” and that the team wasn’t competitive enough and had too small of a schedule to motivate college-level players to play.

Serratore started his fifth amateur baseball team this summer — the Tri-City Redlegs made up of players from Albert Lea, Austin, Rochester and Mason City, Iowa. The Redlegs play in Class A, the highest level of amateur baseball in Minnesota, in the Riverview League against Minnetonka, Bloomington and St. Louis Park, among others.

Serratore recruited recent Albert Lea High School graduates Aaron Klatt, Cole Sorenson and Carter and Connor Kortan, who otherwise may have played for the Colonels, to play for the Redlegs. He said some believe he hurt the Colonels by recruiting those players.

“If you’re going to live and die by four high school players you’re not going to survive,” Serratore said.

The Redlegs doesn’t have many home games scheduled during its first season but play two games at Hayek Field in Albert Lea, along with some in Austin and Rochester. Serratore said next season he plans on having a 70-game schedule and playing a dozen games at Hayek Field.

Serratore said the Colonels’ ultimate goal was to never be in or win a state championship.

Serratore suggested Albert Lea and Austin join forces to create one recreational team to play in the state’s Class C.

Meanwhile, Trygstad said he’s going to give the Colonels a shot again next season.