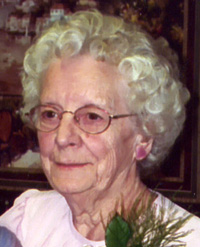 She was an active member of Jehovah’s Witnesses, baptized on Nov. 11, 1976, with passion for her belief in God’s word.

She was a food server for many years. Some of the restaurants she worked at were The Highwayman and The Hudson House in Hudson, The Afton House in Afton and The Coffee Cup in Spooner, Wis..

She is fondly remembered by her family and friends as kind, warm, caring and compassionate, accepting and greeting everyone with a hug. Her kitchen always had the aroma of freshly baked cookies and cake, and was a favorite gathering place for all.

A memorial service will be held at Kingdom Hall of Jehovah’s Witnesses, 485 Jacob Lane, Hudson, Wis., at 3 p.m. Saturday. Internment will be at Greenwood Cemetery in Glenville.