Blaming the baby boomers is offensive

At first I was not sure whether to be amused or appalled at Tim Engstrom’s column in the Tribune on Aug. 8. I think appalled dominated by the second reading. 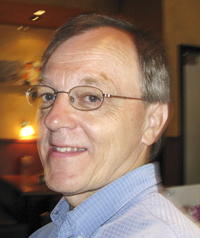 The major premise of his column seems to be that the problems in Washington rest on the heads of baby boomers who are obsessed with ideas and lack the capacity to get things done. You know — ideas like civil rights, war and peace, fairness and equality.

So let’s examine the argument — that the baby boomers are the problem. I think it is safe to say that the intransigence, the unwillingness to compromise, was most apparent in the new Republican freshmen in the House of Representatives. They were the ones who said that they would rather shut our government down than have any kind of tax increase.

For example, in order to get the last freshmen on board, Republican Speaker John Boehner had to include cuts to Pell grants (financial aid to middle class and low-income students). And who are these folks, these uncompromising new legislators? According to sources on the Internet, more than half of them are in their 30s and 40s with an average age of 47. In other words. Generation X’ers. If one wanted to make the generational argument, I think a better case could be made that the rise in angry rhetoric and stubbornness is a result of the rise in the number of Generation X’ers who have entered the public realm in the last 15 years.

These politicians at both national and state level were willing to shut things down and engage in brinkmanship to get their way. But that is a false argument because these Congress people do not represent all Generation X’ers. That would be a stereotype and an offensive one to the many people in their 30s, 40s and 50s who strongly disagreed with them.

And it is offensive to people in their 50s and 60s when you suggest that things will get better when we boomers just die off. When people begin to attack other people based on stereotypes of race, religion, ethnicity or age, it is a dangerous thing. This generation argument is not only wrong, it also misses the point and needlessly and dangerously pits one group of Americans against another. That’s the last thing America needs right now.

So what does account for the rise in uncompromising behavior and brinkmanship at the state level and in Washington?

Perhaps one problem arises when a large group of legislators take a pledge before they take office, a pledge that overrides the pledge they take to represent their state or nation. I’m referring to the pledge that Grover Norquist has had legislators take over the past few years to not raise taxes under any circumstances. Some actually call him and ask permission to vote on items. Tim Pawlenty’s pledge to not raise taxes under any circumstances did not help our state to resolve its fiscal problems.

So, yes, a refusal to keep one’s mind open to other possibilities because of inflexible pledges is part of the problem. Another problem, no doubt, is the endless flow of money that has corrupted our politics. I think people are beginning to wonder who really does represent them in this time of joblessness, attacks on pensions, a lack of job security, and a recession that has not gone away.

Wealthy and powerful people continue to do well; in fact, better, while many if not a majority of Americans are finding it harder and harder to just stay in place. The income gap is growing at an alarming rate. Another cause could be the 24-hour news cycle. Or the hyper-partisanship in our news media, which makes it hard for politicians to seek, let alone accept compromise. This would be an analysis worth examining.

So getting back to the column — if you want to be the enemy of ideas and just want to get things done, fine. But the puzzle to me is how will you know what you want to get done? Ideas matter, principles matter. And, of course, compromise matters.

And, lastly, please do not print, let alone write, articles that seem to scapegoat a group of people based on a stereotype of that group. It represents shallow thinking at best and has a dangerous historical precedence, at worst.

Ted Hinnenkamp is a paralegal residing in Albert Lea.