Bullied in the Big Nine 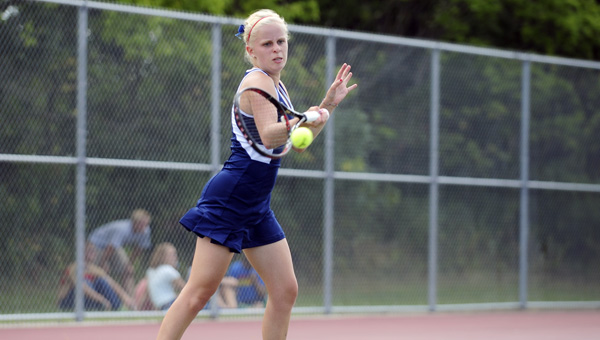 For the 2011 season, Albert Lea boys’ tennis coach Wayne Prudoehl is adding girls’ tennis to his coaching resume, too.

In his first season with the girls, Prudoehl hopes to help the team improve during the regular season to set itself up for success come playoff time.

The Albert Lea girls’ tennis team is off to a 2-2 start this season and is led by No. 1 singles player Michelle Hartmann. The team has already equaled its win total from last season and is playing without its top players from that team.

Hartmann is the heart and soul of the Tigers’ lineup this season. The senior began playing varsity tennis as an eighth-grader and was a staple on the top lineup by ninth-grade.

“A fair amount of players have at least some varsity experience,” Prudoehl said. “But overall, the team lacks enough athleticism to be competitive in the Big Nine.”

The Tigers were held winless in the Big Nine Conference last season and open its league schedule on Thursday at Owatonna. The Tigers’ original conference opener was scheduled for Tuesday but was postponed due to rain.

Prudoehl said the Tigers’ key to success is to be consistent and not beat themselves.

“We need to let the other team make the first mistake,” he said.

Inside today’s edition
Be sure to catch the Fall Sports Yearbook. It lets readers know what to expect out of the prep sports teams this season.