NORTHWOOD, Iowa — About three months after a 7-year-old Northwood-Kensett girl was struck and killed while crossing the street to board a school bus, the Worth County Development Authority is taking steps to help promote greater safety for students. 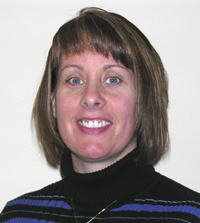 During a brief presentation on Monday at the Northwood-Kensett bus barn, WCDA officials donated $150,000 that will be split up among five northern Iowa school districts to purchase and install video cameras on school buses.

Kim Koenings, executive director for the WCDA, said officials are estimating that cameras will be installed on 10 school buses for each district, including the Northwood-Kensett, Lake Mills, St. Ansgar, Central Springs and Forest City school districts.

Each bus will be outfitted with two cameras on the inside of the bus and one on the outside.

“It’s extremely important to do what we can to keep kids safe,” Koenings said. “And the cameras are a part of that.”

The donation was over and above the usual education grants given out by the WCDA — the nonprofit co-licensee to Diamond Jo Casino. 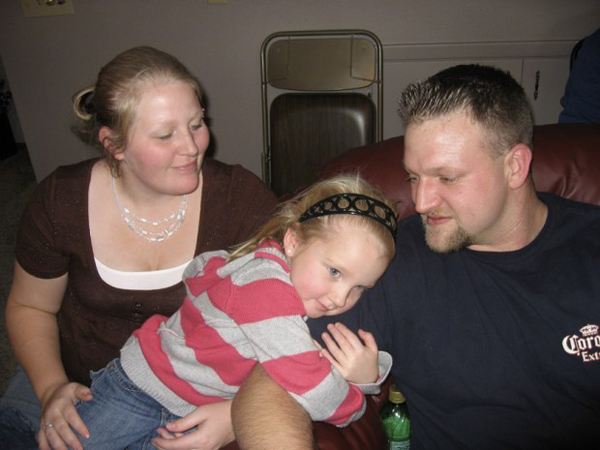 Kadyn Halverson is shown with her folks. Kadyn was killed when struck by a pickup in May while going to board a school bus.

Koenings said Northwood-Kensett Superintendent Tom Nugent had approached the WCDA board with the idea that his school district wanted to implement this fall, and the board members agreed with the idea and decided to expand it to the five districts.

She noted it is the WCDA board’s hope, along with the hope of the family of young Kadyn Halverson, that the cameras will be able to make a difference.

Video footage can be helpful is establishing exactly what happened in bus-related incidents, such as getting license plate numbers of stop-arm violators.

At the time of Kadyn’s collision, her school bus was stopped at 4336 Raven Ave. in the northbound side of the road with its lights flashing and stop sign out.

The driver of a pickup, Aaron Dwayne Gunderson, 31, of Northwood, Iowa, reportedly failed to stop for the school bus, hit the child and then fled. He was apprehended by Worth County Sheriff’s Office deputies shortly after.

Authorities are still investigating the incident and charges are pending.