Funeral services for Charles “Charlie” H. Leonhardi, of Emmons, will be held at 10:30 a.m. Thursday at the Emmons Lutheran Church. The Rev. Julie Fiske will officiate. Visitation will be held from 5 until 7 p.m. today at the Bonnerup Funeral Service and one hour prior to the service at the church. Interment will be in the Oak Lawn Cemetery, Emmons. Military honors will be accorded by the Emmons American Legion Post 317. 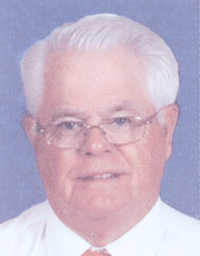 Charlie was born Oct. 23, 1936, in Albert Lea, the son of Lawrence and Helma (Oakland) Leonhardi. He graduated from Emmons High School and served his country in the United States Army. On July 3, 1958, he was united in marriage to Audrey Larson at the Silver Lake Lutheran Church.

Charlie had been employed by Diekema Construction from 1958 to 1987. He then started RCR Construction retiring in 2003. Charlie was an active member of the Emmons Lutheran Church, Elks Club, Eagles Club and the Ducks Unlimited. He served on the Emmons City Council for 12 years and was on the Emmons Volunteer Fire Department.

Charlie loved to play golf, hunt and fish and was an avid outdoorsman. He enjoyed family outings and spending time with the grandchildren.

Charles was preceded in death by his parents.