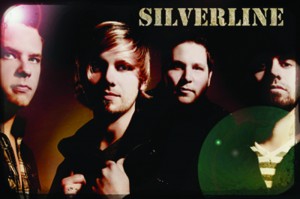 The band Silverline was scheduled to headline a four-band Christian Rock show at the Paramount Theatre tonight.

AUSTIN — A Christian rock concert originally scheduled for tonight at the Paramount Theatre is being pushed back to October.

The concert, featuring Silverline, Phil Francis, Rise To Life and Aiming for Aurora is now scheduled for Oct. 15.

Brian Underhill of Underhill Promotions and Booking cited the recent Mower County Fair and start of the upcoming school year as reasons to push back the show because of a slow start to ticket sales.

“I talked to the Paramount and felt we should reschedule to draw more interest,” Underhill said. “The more the merrier.”

So far three of the four bands have agreed to remain on the billing with Underhill adding he’s still waiting to hear from Aiming for Aurora to confirm their involvement.

Tickets are on sale through the Paramount Theatre Box Office at www.paramounttheatre.org and through www.tempotickets.com/underhill.

Groups of 10 or more will be treated to a special $5 per person ticket price. Otherwise tickets run $10 in advance, $15 at the door.