A week ago, Los Angeles Times editors asked readers if New Jersey Gov. Chris Christie has the look of a president.

“Is America ready for a president who, frankly, doesn’t look healthy?” they asked. 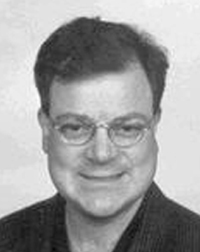 Sheesh! You’d think corpulent Americans might catch a break in these sensitive times.

The editors explained that presidential image has always been important. That’s why presidents conceal bad habits — Barack Obama’s smoking, for instance — while portraying themselves as vigorous and fit.

But how do you conceal an Ernest Borgnine gut?

The editors explained that in the TV era, being fit and good-looking surely doesn’t hurt presidential aspirations; Michele Bachmann and Sarah Palin (if she runs) are examples.

But the editors overlooked an interesting historical truth: Our chubbier presidents have run some of our leaner governments.

McKinley brought high tariffs and an unnecessary war, but Cleveland thwarted government growth by “wielding his veto pen more than any president before him.”

And Taft, who installed a plus-sized bathtub in the White House, didn’t start any major wars or federal programs and fought Teddy Roosevelt’s “grandiose visions of presidential power.”

Those fellows governed well before my time, but not our most recent chubby president, Bill Clinton.

He had the appearance, as comedian Dennis Miller put it, “of the guy at your fraternity who used to tap the keg.”

He worked hard to portray himself as fit and vigorous — though that didn’t work out so well.

We had to suffer through images of him jogging through Washington, flabby thighs and gut jiggling, veins bulging from his reddened forehead.

Whatever Clinton gained with the public was quickly shattered when a canny photographer caught him and Hillary dancing in swimsuits during a Virgin Islands vacation. His flabby torso was on display for the world to see.

During a 1993 Martha’s Vineyard vacation, photographers captured him swimming in the surf. His big-gutted image made clear that our commander in chief made more than one pass at the buffet.

But nobody much cared.

Say what you will about Clinton, but he turned out to be pragmatic. Compromising with Republicans, he left office with a gusher of a surplus.

He was followed by George W. Bush, our fittest president, who spent $5 trillion more than our government brought in, driving our debt to nearly $11 trillion.

Bush was followed by Obama, one of our leanest presidents. Though he inherited a mess, his Keynesian gamble has not worked so well. Our debt has grown by $4 trillion on his watch, and he has presided over America’s first-ever credit downgrade.

Meanwhile, Christie has taken on entrenched interests and turned New Jersey’s sizable deficit into a surplus.

To be sure, difficult times call for difficult measures, and in such times, folks don’t care so much about appearance as about results.

The informal L.A. Times survey backs that up. Some 70 percent of respondents said Christie’s weight and appearance are not an issue.

Which makes sense to me.

Tom Purcell, a freelance writer is also a humor columnist for the Pittsburgh Tribune-Review.