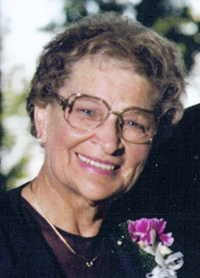 Elsie greatly enjoyed helping others with everything from plumbing to gardening, especially planting flowers. She also loved spending time with all of her grandchildren.

Elsie was preceded in death by her husband, Dean; two sons: Roger and Gary Schultheis; her parents, Gerrit and Jennie Plantage.