Rick and Melinda Poleck, of Huntingdon, Penn., announce the engagement of their daughter, Erin Poleck, to Jeremy Hensche, son of Phil and Cathy Hensche, of Clarks Grove. 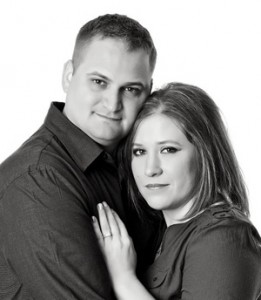 Grandparents of the bride are Edna Poleck and the late Mike Poleck, of Wood, Penn., and the late Clarence and Verla Strong, of Indiana, Penn.

Grandparents of the groom are Joann Carlsen and the late Darrell Carlsen, of Clarks Grove, and Norma Hensche and the late Arnold Hensche, of Alden.

Erin is a graduate of Huntingdon Area High School, attended Liberty University in Lynchburg, Va., and completed the professional pilot program at Minnesota Aviation in Albert Lea. She is a pilot for Mesaba Airlines/Delta Connection based out of Minneapolis.

Jeremy is a graduate of Albert Lea High School, graduate of Riverland Community College and the Aviation Program at Minnesota State University, Mankato. He is a captain at Express Jet Airlines/United Express based out of Chicago, Ill.

A wedding is planned for Oct. 2, 2011, at Toftrees Resort in State College, Penn.