Funeral services for Eugene Flusek, 73, of Hayward, will be at 10 a.m. Wednesday at Hayward Lutheran Church. The Rev. Katie Fick will officiate. Interment will be at the Graceland Cemetery. Visitation will be 5 to 7 p.m. Tuesday at Bayview/Freeborn Funeral Home and one hour prior to the service at the church. To sign the guest book, go to www.bayviewfuneral.com. 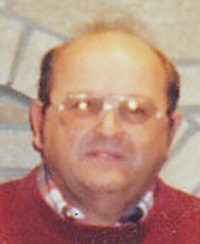 Eugene Robert Flusek was born on Nov. 7, 1937, to Edward A. and Eleanora (Kycek) Flusek in Freeborn County. He grew up in rural Hayward where he attended country school. In 1955 Gene graduated from Albert Lea High School. In 1956 he enlisted in the United States Army where he served in Korea. Once he returned he began farming. On Oct. 8, 1960, Eugene was united in marriage to Elaine Ladlie at the First Baptist Church in Albert Lea. Gene was a member of Hayward Lutheran Church where he had served on church council, the Elks, the Western Fraternal Lodge and he served on the Hayward elevator board. He enjoyed bowling and spent 40 years participating in the same bowling league. Gene enjoyed woodworking, fishing, snowmobiling, and spending time with his family.

Eugene was preceded in death by his parents; father and mother-in-law, George and Oma Ladlie; sister and brothers-in-law, Alice LaVallie, Robert Hartzell and Jack Yunger.