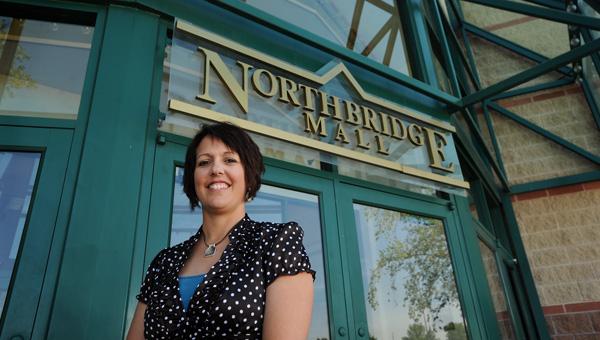 Here’s a link to a story from when the charges were dropped.

In court on Monday, Staser pleaded not guilty to both charges and requested a jury trial, waiving her right to a speedy trial. Lawyers anticipated the trial will last three days.

Court documents allege Staser’s inappropriate behavior took place from July to December 2009. The allegations were reported to police in January 2010 by the Northbridge Mall property manager.

As part of the investigation, police reviewed bank records, business records, copies of receipts and other items from the manager, which showed “numerous transactions” on the mall merchants association account that had no relation to Staser’s obligations.

According to court documents, some of the unauthorized purchases included two 32-inch high-definition TV sets, two DVD players, a printer, three cameras, memory cards, gift cards, a steam mop and a vacuum cleaner, among other items from Walmart.

Staser reportedly wrote out more than $2,000 in checks payable to herself, none of which were authorized.

Bank records also showed a check written out to a man for “website revision” for $540; however, the website was not revised, and the expense was not approved.

In addition, bank records allege that Staser wrote checks to her daughter and son-in-law that were not authorized. In the memo fields on the checks were phrases such as “reimbursement,” “fashion show consultant,” “computer repair” and “training,” to name a few.

According to court records, Staser had signed an agreement with the owner of the mall on July 20, 2009, at which time she agreed to pay expenses associated with the job, including car, travel and other expenses, equipment, tools and supplies.

The owner agreed to provide telephone, fax and Internet service.

Reimbursement of any expenses incurred by Staser were only allowed with prior written approval of the owner. She was also not allowed to enter into a contract or subcontract on the owner’s behalf without the owner’s approval, documents continue.

In an interview on March 30, Staser reportedly told a police detective she is “horrible with her books,” and said she does not have a bank account.

She reportedly admitted to making the purchases and withdrawals but claimed she had the right to do so. She also reportedly claimed it was in her contract to hire others and did so in the case of her daughter and son-in-law to help out at the mall.

Documents state Staser acknowledged that she misled mall officials about her knowledge of website design and stated she needed to hire someone to help her.

She explained the purchase of two out of the three cameras as being replacements for a camera dropped at the mall and claimed she was told by the manager to start a petty cash account, though the manager denied this was the case, court documents allege.

The manager made statements in a later interview with police that contradicted many of Staser’s comments.

The manager reportedly told police that she had never given Staser permission to hire people with the mall’s money and that Staser was supposed to use her own money if she needed to hire someone.

She reviewed the purchases allegedly made by Staser and reiterated that they were not authorized business expenses.

Each of Staser’s charges carry a maximum penalty of 10 years in prison and a $20,000 fine.