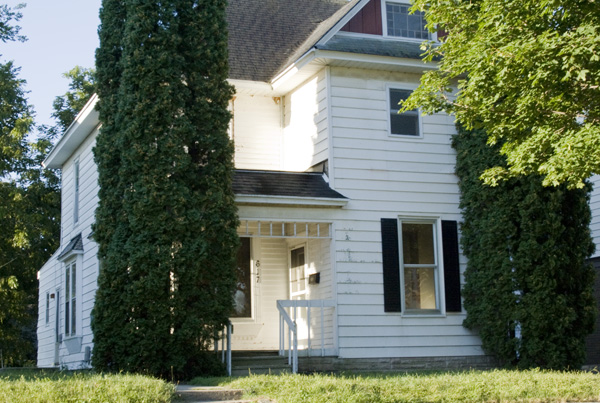 No exterior damage can be seen from a kitchen fire at this duplex, 617 Water St., on Saturday night. -- Sarah Stultz/Albert Lea Tribune

The kitchen in a duplex on Water Street sustained considerable damage Saturday night after grease on the stove caught fire.

Albert Lea Fire Capt. Scott Hanna said though the kitchen was badly damaged, the fire did not spread to any other rooms in the duplex. An upper level apartment in the same house was also not damaged.

Hanna said the incident is an example of residents who made good quick decisions and of rental property that was well kept.

Dispatchers received a 911 call about the fire a little before 9 p.m.

Hanna said there were three residents in the lower level apartment at the time of the fire. At least one person was cooking when the grease caught fire.

The residents immediately exited the house and then called 911.

No one was in the upper-level apartment.

Firefighters responded shortly after and extinguished the blaze.

Hanna said investigators will be surveying the scene as a matter of procedure, though they do not believe anything suspicious took place.

The Freeborn County chapter of the American Red Cross was assisting the family at the scene.