A high-risk sex offender is slated to move to Albert Lea at the end of the month after being released from a state prison, according to the Albert Lea Police Department.

The offender, Cody Padraic Trott, 21, is expected to be released Aug. 29 at the completion of his court-ordered sentence, after which he will move to the 600 block of East 11th Street. He will live with his father. 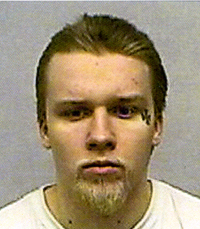 A notification meeting has been organized for 7 p.m. Aug. 24 at Health Reach in Albert Lea to notify the public about Trott’s move to the community. At the meeting there will be a panel — made up of Albert Lea police and representatives from the Crime Victims Crisis Center and the Minnesota Department of Corrections — available to answer questions.

Trott is classified as a Level 3 sex offender, an offender who has the highest likelihood of reoffending.

Albert Lea Police Department detective Frank Kohl said Trott has been in and out of prison since he was a juvenile and has had at least two sex-related offenses that landed him in prison.

A notification fact sheet released by the Albert Lea Police Department states Trott has a juvenile history of sexual contact — including penetration — with vulnerable juvenile victims, both male and female. He took advantage of the victims’ vulnerable states and used force to gain compliance, according to the fact sheet.

He was known to the victims and does not appear to have a pattern of perpetrating against people he doesn’t know, Kohl said.

“In other words, don’t become his friend,” he cautioned.

The detective noted that Trott will be on intensive supervision by the Department of Corrections, along with Albert Lea police, and will not be allowed to live within 500 feet of a school.

His conviction was in Carver County. 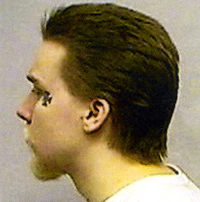 In Minnesota, offenders are rated based on several criteria, including the seriousness of the offense, age of the victim, prior history, number of victims, offender’s characteristics, substance abuse history and availability of community supports, he said.

Based on the ratings of the offenders, officials know what type of notification to perform when the prisoners are released.

When a Level 1 offender is released, law enforcement agencies are called and victims and witnesses may be notified.

With a Level 2 release, more people are notified, including schools, day cares and other establishments that tend to serve potential victims.

With a Level 3 release, the entire community is notified at a public meeting, in addition to the Level 2 notifications.

With the addition of Trott in the community, there will be three Level 3 offenders in Freeborn County, including Tai Lars Stadheim in Albert Lea and Brooks Daniel Fisher in London.