The funeral service for Neil Frederick Phillips of Hartland will be held at 10:30 a.m. Friday at All Saints Catholic Church, New Richland. The Rev. Swami will officiate. Interment will be in Calvary Cemetery, New Richland. Visitation will be from 4 to 8 p.m. Thursday at Bonnerup Funeral Service, Albert Lea, and one hour prior to the service at the church. 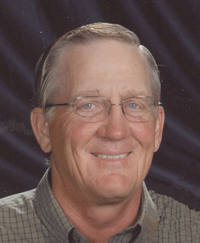 Neil died Saturday, Aug. 6, 2011, in Pennsylvania from a motorcycle accident. He was 60 years old.

Neil was born April 18, 1951, in Albert Lea, Minnesota to Fred and Marilyn (Sondergard) Phillips. He was a lifetime Hartland area resident. He graduated from the University of Minnesota Southern School of Agriculture, Waseca, in 1969. He then continued his education, graduating from Mankato Technical College.

Neil married Julie Wyrum on Nov. 17, 1972, in Morristown. They have one son, Matthew. Neil farmed near Hartland, happy that his son wanted to follow in his footsteps. Neil was an avid sportsman, especially enjoying time with Matthew snowmobiling, motorcycling and trap shooting. Neil was proud to be a member of the Patriot Guard Riders, which was his way of honoring our servicemen and their families in their time of need.

Neil was preceded in death by his mother, Marilyn Phillips, and father-in-law, Russell Wyrum.