Interment for Perry Grant Brostad, 83, of Albert Lea, will be at 12:30 p.m. Wednesday at Fort Snelling National Cemetery. To sign the guestbook go to www.bayviewfuneral.com. 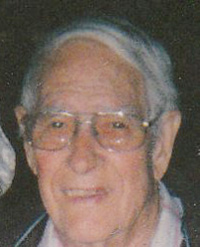 Perry Grant Brostad was born Dec. 13, 1927, to John and Mary (Byam) Brostad in Webster, S.D. Perry grew up in Webster where he graduated High School. He also attended Mankato Commercial College for two years. On July 18, 1945, Perry enlisted in the United States Navy where he served on the USS Barrow while stationed in Pearl Harbor. On Dec. 17, 1949, Perry was united in marriage to Carlyce Ellen Hawkinson in Watertown, S.D. He worked as an accountant for many years in South Dakota, North Dakota, Iowa and Minnesota. In 1971, Perry and Carlyce moved to Albert Lea where he worked at Land O’ Lakes Inc. until his retirement in 1986. After he retired he continued to work at the Albert Lea Tribune as an accountant until January of 1990. Perry was baptized and confirmed in the Methodist Church. He was a member of the VFW and American Legion and was a volunteer from 1991 to 2000 for Ride Services Senior Resource. Perry enjoyed traveling and spending his winters in Arizona with Carlyce.