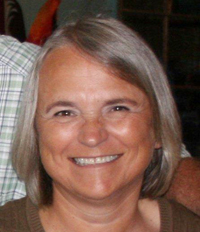 She is survived by her admiring children: son, Michael Mallen, daughter, Lauren Mallen Arcoma and son-in-law, Peter Arcoma. She is also survived by her five sisters and brothers: Gervaise Wilhelm, David Gerald Wilhelm and Allison Wolf, Randi (Wilhelm) and Timothy LaFleur, Thomas and Amy Wilhelm, and Michael and Michelle Wilhelm.

Rene was the daughter of the late Lester Wilhelm and the late Helen (Anderson) Wilhelm of Glenville. She also will be missed by a host of other relatives and friends.

Together with her husband, Rene lived in Minnesota, New York, Kentucky, Wisconsin, Connecticut, Andover and Boston, Mass., before recently moving full-time to Rye, N.H. Rene began her career in publishing at G.P Putnam and Sons as an assistant editor before holding the position of editor at Pastime Magazine. She taught English on the undergraduate level at Adelphi University, Nassau Community College, University of Kentucky (while pursuing a PhD) and the University of Wisconsin. She professionally translated books from German to English to refresh and utilize her German language skills. In 1976 she turned her talents to business and joined IBM. She spent many years working in human resources with various organizations including Mercedes Benz and the United Way of Massachusetts Bay. Most recently, Rene was vice president of Human Resources, SPHR at the American Cancer Society, New England Division.

Rene was a devoted wife, mother, sister and friend, an amazing listener, a voracious reader, a lifelong student and a selfless individual in every way imaginable. She enjoyed gardening, cooking gourmet meals, and photographing family and friends. She led the design and construction of her family’s home in New Hampshire. She was known to many on Wallis Sands Beach, the Surf Club and Abenaqui Country Club.

Visitation will be from 5 to 8 p.m. Thursday at Farrell’s Funeral Home, 684 State St., Portsmouth, N.H. Funeral services will be at 10 a.m. Friday at St. Andrew’s-by-the-Sea, 30 Church Rd., Rye Beach, N.H., with a reception at her home at 1170 Ocean Boulevard in Rye, N.H., following. In lieu of flowers, donations in Rene’s memory may be sent to the American Cancer Society, 30 Speen Street, Framingham, MA 01701.