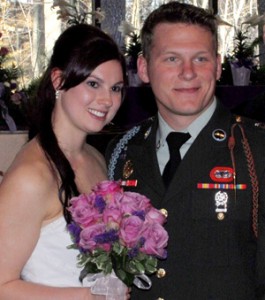 Flower girl was Lucy Beecher, niece of the bride, of Clear Lake.

A private reception was held at the Forest Lake Restaurant in Grand Rapids.

The bride is a 2006 graduate of South St. Paul High School and is attending University of Wisconsin, Eau Claire.

The groom is a 2005 graduate of Grand Rapids High School. He is Private 1st class with the 82nd Airborne and is currently stationed in Afghanistan.