What if the Tea Party were liberal?

Just imagine there was a giant swarm of super-super liberal freshmen in Congress. They had given the president a “shellacking,” secured a large number of seats in the House of Representatives and had been on the job for eight months. Just a bunch of lockstep liberals clogging up the Capitol. 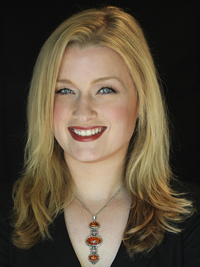 In that time, they’d done amazingly little work while cashing their government paychecks. Sure, they’re supposed to represent a nation still wounded from the worst economic disaster in two generations. Instead they spend all of their time debating and passing symbolic go-nowhere bills while going on television to blame the economy on the president. That’s when they’re not on recess. These freshmen hate Washington so much they’re almost never there.

Oh, and their battle cry while doing nothing which keeps the government from functioning? “Washington is broken!”

These imagined liberal freshmen are extremists. They’ve already signed a pledge with a liberal lobbyist saying that they will not — under any circumstances whatsoever — cut, alter or in any way change social safety nets. So whatever burning national issue of overriding importance comes up their only solution is to adhere to their lobbyist’s pledge.

The Smurfs use the word “smurf” for all verbs. As in: “I’m going to smurf you!” These extreme no-lawmakers use “Social Security.” As in: “We can Social Security our way out of this crisis.”

And they want to rewrite the Constitution. Yes, they say it’s a great document (blah blah blah), but it would be much better if it were amended to suit their sole goal of bringing down the incumbent president. So since the last amendment took 203 years from proposal to ratification — they decide no one can do anything until we have another amendment.

Then the polls say that Congress’ approval rating is at an all-time low. The margin of error looks more favorably on the Congress than the American public. As a direct result of the brazen incompetence and blind ideology — a rating agency downgrades the country’s Treasuries. The stock market tumbles. These liberal Tea Party-like folks are caught on video cheering at the news of the chaos they’ve caused.

If they were liberals — Fox News would run headlines: “Liberals Hate America.” Well, basically Fox News would say pretty much the same stuff, but in this case it would be warranted.

These liberal obstructionists would be called terrorists. Not just maybe once in a private off the record meeting with the VP — but on the record and all the time. Since these liberal freshmen would seem to have the same economic goals for the U.S. as Osama bin Laden — that would be pointed out repeatedly.

They’d be accused of treason. Their loyalty would be questioned: “Are they upholding the Constitution or their pledge?” There would be calls to deport them. People would tell them to leave the country and go wreck some other economy. They’d be dubbed a hoard of Neros fiddling with their pledges while Rome burned.

If liberals were doing to their country what extremist Tea Party Republicans are doing to theirs — it would be called unpatriotic. A whole tsunami of sound bites would sweep the country calling for the sabotage to stop.

Liberal dissent is akin to a security breach, but conservative economic calamity is given a pass.

We’ve treated the Tea Party like they are our country’s kooky, graying, drunken uncle at Thanksgiving dinner spouting some non sequiturs he picked up on AM radio. When really they are well-funded economic saboteurs who refuse to participate in the democratic process. Their goal of causing the executive branch of government to fail means our entire country goes with it.

The media likes to pretend it treats the political spectrum as opposite equals. The right is the same as the left — the other side of the same argument. Politics is not symmetrical, nor is the coverage of the partisans. Nothing makes this clearer than the coverage and tolerance of the brinkmanship-happy Tea Party.

Tina Dupuy is an award-winning writer and fill-in host at The Young Turks. Tina can be reached at tinadupuy@yahoo.com.