Why Minn.’s corrections system is best

Kim Weisner, a community supervision agent in Chaska, received something unexpected in the mail: a thank you card from an offender she recommended be sent to jail. In it, the man wrote that her recommendation to the judge to send him to jail was the best thing she could have done for him. Kim said that card was one of the few thank yous she’s received in seven years as an agent. As she put it, “I don’t think this is a job of thank yous, especially from the offenders.” 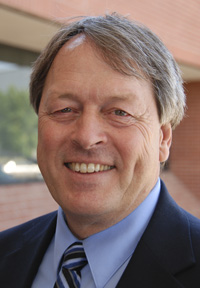 Kim is one of hundreds of agents working to find the balance between focusing on enforcing accountability and helping offenders change their behavior to become law-abiding citizens.

Aug. 21-27 is Probation, Parole and Community Supervision Week in Minnesota. It’s a chance for us to recognize the often unrecognized individuals all over the state who supervise offenders in the community — on probation, parole or supervised release – to make Minnesota safer for our families.

Public perception of corrections is of prison bars and hardened criminals. But the numbers show that prisoners are less than 10 percent of the picture: there are approximately 9,400 inmates in state prisons and more than 127,000 people being supervised in Minnesota communities.

It’s a direction Minnesota has been moving toward for more than 30 years; and it is working. Research has shown that many offenders — from low-risk to high-risk — can be managed safely and held accountable in the community at lower costs and with better results than sending them to prison. Minnesota’s focus on using community-based resources to deal with offenders has resulted in a long-term strategy for budget savings. The Minnesota DOC has an annual budget of $456 million. In contrast, our neighbor Wisconsin incarcerates 23,000 offenders at an annual cost to taxpayers of $1.3 billion.

Supervision agents like Kim have a duality of roles. At times, their duties require that they be highly enforcement-oriented. At other times, they utilize skills resembling those of social workers, counselors or addiction specialists. Within this dichotomy of roles, agents work tirelessly to motivate offenders to make positive changes, while holding them accountable for their actions. They create case plans to address specific offender needs, and connect offenders to community resources that help achieve goals such as sobriety, family reunification, treatment and work.

A key measure of success in corrections is whether an individual commits another crime — known as recidivism. Recent statistics show that 85 percent of Minnesota probationers remain free of any felony conviction three years after completing their sentence. For offenders released from prison, 72 percent remain law-abiding during the three-year follow up period. If we have successfully turned these individuals into taxpayers, not only do we save money in the long-run, we have prevented other citizens from becoming victims.

As we take time this week to recognized Probation, Parole and Community Supervision Week, I want to express my thanks to Kim and all the agents across the state and wish them the best in the performance of their duties. My hope is that they all receive the hundreds of thank you cards they deserve, because they work every day to make Minnesota a better, safer place.

Richard Crawford is a deputy commissioner with the Minnesota Department of Corrections.