3 members of same family have heart attacks in same year

This is the seventh survivor story for Mayo Clinic Health System in Albert Lea and Naeve Health Care Foundation’s newest fund-raiser, “The beat goes on.” The fund-raiser is a $327,000 effort to raise money for crucial, cutting-edge cardiac care equipment for area first responders and the medical center’s ambulance services, cardiology, and cardiac rehab departments. 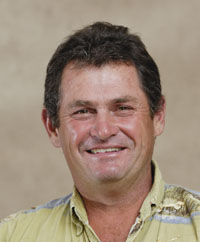 In June of that year, after his daughter’s softball game and a home-made spicy supper, Mike Schultz, now 49, said he woke up around midnight with “heavy heartburn.”

“I walked around the house for a couple of hours to see if I could ease it and when I finally decided to get in the car and head up to the hospital the pain stopped,” he said. “So I went back into the house and went to bed.

“Over the next couple of days I just felt kind of punky, I just had a really bad stomachache,” he said. “I was working during this and every day I just felt worse.”

Schultz, a carpenter from the Alden area, endured this for about a week before deciding to go to the emergency room at Mayo Clinic Health System in Albert Lea. The ER physician ran an EKG and put Schulz on a helicopter to St. Marys Hospital in Rochester.

In the ER in Rochester, Schultz was stinted three times and two days later he was stinted twice more. After finishing his hospital stay and participating in Albert Lea’s cardiac rehabilitation program, Schulz returned to normal life.

On Nov. 10, Schultz’s dad, Roger, suffered a stroke. After just getting him home, Schultz’s mom, Corinne, had a heart attack on Thanksgiving.

“It was definitely one heck of a year,” Schultz said. “I think we’re now part owners in those helicopters!”

Over a year later, when Schultz found himself not feeling well he checked in with his cardiologist in Albert Lea, Sandra Birchem, D.O. After a stress test, Dr. Birchem sent him back over to Rochester where he was stinted three more times.

After eight stints in a little over a year, Schultz said he has been good and he accredits the medications he’s on, as well as a “cleaned-up” diet and regular exercise plan.

“I’ve learned a lot about myself, about my family, through all of this,” he said. “We’re not bulletproof. I know I’m definitely not bulletproof anymore. I used to have this play hard, live hard attitude and all of a sudden at 47 I’m flat on my back having eight stints put in. How could it not change your whole outlook on life? How could you not be more grateful?”