The memorial service for Alan Boyd Demmer will be 1:30 p.m. Sunday at the Trinity Lutheran Church, 104 1st Street SE, Hayfield, with the Rev. Paul Hauschild officiating. Inurnment will be in Fairview Cemetery in Hayfield. Alan Boyd Demmer, 60, passed away on Sept. 13, 2011, at the University of Minnesota Medical Center, Fairview in Minneapolis. 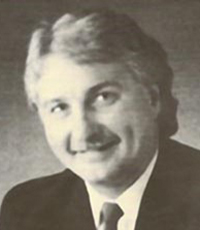 Alan was born on June 14, 1951, the son of Boyd and Dorothy (Johnson) Demmer in Waseca. Upon graduation from Hayfield High School in 1969, Alan attended Stanford University and graduated in 1973 with a degree in philosophy and an emphasis in pre-law. He received his Juris Doctorate degree from Boston University School of Law in 1976. Alan previously was a shareholder in the Minneapolis law firm of Chestnut & Brooks. Prior to that he had a private law practice and was involved in a number of business ventures.

Visitation will be 6 to 8 p.m. Saturday at the Czaplewski Family Funeral Home, 501 2nd Street NW in Hayfield and one hour before the service at the church on Sunday. In lieu of flowers, the family prefers memorials to “Second Chance for Life Foundation” for the benefit of heart transplant recipients.