Memorial Service for Allen Henry Menssen, of Albert Lea, will be at 1 p.m. Monday at Grace Lutheran Church, Albert Lea. The Rev. Andrea Myers will officiate. Visitation will be from 4 to 6 p.m. on Sunday at Bonnerup Funeral Service and one hour before service at the church. Interment will be in the Graceland Cemetery. Military honors will be accorded by the Albert Lea veteran’s organizations. 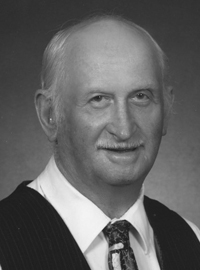 Allen Henry Menssen was born March 19, 1932, to Minnie (Aden) and Henry Menssen at Mountain Lake. He grew up on a farm at Butterfield and graduated from Butterfield High School. He attended the “U” of Minnesota and graduated from Mankato State College. He loved basketball and earned the nickname of “Stretch” through those years. He served in the United States Army overseas during the Korean War.

He married Karen Larson in 1964 at Ortonville. To this union five sons, Troy, Darin, Tom, Todd and Jason were born. Karen died in 1973. Allen and his young sons met Judy and Betsy Diekema at a pot-luck supper in the basement of the First Baptist Church. They all eight went together for two years and were married Nov. 8, 1975, at Grace Lutheran Church.

Allen was a math teacher for 14 years in several towns in Minnesota, also taught two years in Germany. Then he worked 26 years in the clerks office at Wilson & Farmstead Meats. He retired for five years, then he worked seven years for HyVee and always wore his red hat at the drive-up on Fridays. He enjoyed people.

Allen was a handy-man and a woodworker. He enjoyed fixing things and building furniture and gifts especially for his family. He planted many rose bushes and perennial flowers in the yard. He liked to be outside and go for walks and bike rides with Judy. He took piano lessons from Judy and practiced faithfully. He loved to go on bus trips and went on many all over the country, especially enjoying Branson. You could always find Allen on the same bench in the bleachers at the Albert Lea High School girls and boys basketball games. Also he liked to watch the Twins and the Vikings.

Allen was community minded, belonging to Golden Kiwanis II, Grapevine Twist Square Dancers, AARP Income Tax volunteer, Habitat for Humanity and the Careyaires. He was an active member of Grace Lutheran Church, ushered for 35 years, sang in senior choir for 25 years and Bible study groups. He was a compassionate man, very kind and good hearted, a prayer warrior. He prayed daily for others and especially his children and grandkids.

He is the only man I know who had three mothers-in-law all at the same time, Edna Larson, Millie Kaehler and Trena Diekema. He was kind to all and very good to his handicapped brother-in-law, Danny Kaehler. Allen will be sadly missed.

The family is very thankful for all of the staff at Good Samaritan Society, who gave him such kind and compassionate care.