Cars are the most socialist transportation

One of the biggest arguments some car drivers make when they describe why they don’t like bikes, bike lanes or any non-automobile means of transportation is this: Cars and trucks buy fuel, which has a fuel tax that pays for the roads. Bike riders are freeloaders because they don’t pay the fuel taxes. 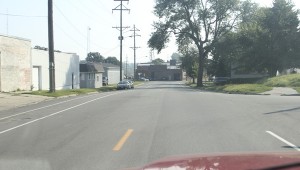 The fact is, automobile drivers enjoy the most socialist aspect of America outside of life in the military. While it might seem rather expensive to drive an automobile, the true, much more expensive cost is offset by all sorts of subsidies in this country of ours.

Those gas taxes and vehicle registration fees indeed offset the cost of most of the highways. However, city streets, many local roads and many parking lots come from other tax sources, such as property taxes, income taxes and sales taxes. Everyone pays those regardless of whether they drive, bike or walk, yet the local streets and roads are where people generally walk and bike.

This means that the people who cause the least wear and tear on the streets and roads — bikers and walkers — are the ones getting the short end of the stick. Don’t believe me?

A study of the United States and Canada by the Victoria Transport Policy Institute backs me up. It says: “Since bicycling and walking impose lower roadway costs than motorized modes, people who rely primarily on nonmotorized modes tend to overpay their fair share of roadway costs and subsidize motorists.”

That means the other $24.8 billion were paid through taxes that everyone pays — a true case of motorist socialism.

There’s more: Subsidies are given to oil companies. Automakers have received government bailouts. Government funds health care expenses related to pollution from exhaust. Cars themselves promote a sedentary lifestyle, which could be argued to be health care cost, too. Taxpayers pay the cost of hiring civil engineers at every level of government. Let’s not forget the government labor expense for law enforcement to enforce rules for motorized vehicles.

Imagine if suddenly only motorists had to pay for the real cost of their mode of transportation. They could finally claim to be the rugged individualist do-it-yourself Americans of their dreams.

Let’s not forget that cyclists and pedestrians hog up less space, reduce traffic congestion and don’t pollute the air we breathe.

Yes, I drive an automobile, too, usually a 2002 Ford Ranger I bought brand new in St. Paul not far from the assembly plant. And I have many miles in that truck. It’s just that I dislike it when motorists act like they own the road.

It’s good remember just how subsidized and socialist getting around in an automobile really is.

I would like to thank James D. Schwartz of the bike blog The Urban Country for inspiring this column.

In another blog post, Schwartz says something I have said for years — that roads weren’t built for cars. It’s that they have been altered to accommodate cars.

Moreover, driving a motor vehicle is a privilege that the government can revoke when necessary.

“Bicyclists on the other hand,” Schwartz writes, “have an inherent right to our streets. Citizens have a right to lifetime mobility — and short of cutting off our legs, this cannot be revoked for any reason.”

Motorists, let the bikes pass safely and tip your hats to the pedestrians.