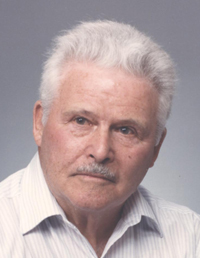 Charles attended school in South Dakota. He had been a resident of Hollandale before moving to Albert Lea six years ago. Charles served in the United States Army during World War II from 1942 to 1944. He served in the 361st Infantry Regiment of the 91st Powder River Division and was awarded the combat Infantryman Badge for actual participation against the enemy on the Fifth Army front in Northern Italy. He served in Africa and Italy. He went overseas with 130 men in his company, he was 1 of 5 that returned. Charles was married to Anna Yerhot in Sioux Falls, S.D. He had worked as a boiler operator at Johnson Laundry in Albert Lea, farming and working for Reynen Brothers. He was a member of the American Legion.

He love to fish, talking about the war and his South Dakota growing up days. He loved being the campground cook on the many hunting trips. He loved to cook for everyone and being around family and his grandkids and great grandkids. He loved scraping iron and going to the shop to hang out, also going to all the auctions. Charles was a very hard worker.