County fails to give reasons for cutting

I cannot understand why Rose Olmsted is the only Freeborn County employee that was not hired back after the Minnesota state shutdown. I am grateful for the coverage in the Albert Lea Tribune (articles July 27, Aug. 4, Sept. 8). The lack of a clear explanation from the county troubles me. When the employment of a dedicated public servant is arbitrarily suspended, there may be something to worry about in the organization. 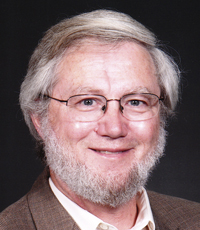 I know Olmsted through the Freeborn County Crisis Response Team, a team that is a part of the National Organization for Victims Assistance. The activity of this team was also suspended at the time of the shutdown. There was no official notice to county residents that services were being discontinued immediately on the day of the shutdown. The state of Minnesota determined that the services qualified as essential. Even so, financial support from the county was withdrawn from the Crises Response Team. Most importantly, the insurance coverage for the group was discontinued. The suspension of Olmsted and the Crises Response Team are related.

I had the privilege of being in the first NOVA group trained, starting in the fall of 1999. I was in the advanced NOVA training in the summer of 2010. Olmsted was able to lead this 2010 regional advanced training because she has continued her own NOVA training. Olmsted is known and admired in the national organization because of the success of our volunteer team organized on the county level. Not just Olmsted, Freeborn County has received national recognition for this team. We volunteers on this team have provided hundreds of hours of volunteer service to the community because of Olmsted’s careful organizational skills.

In my experience as a pastor, if this team had been functioning out of a congregation that congregation would get a lot of credit for such a successful program, not only the congregation, but the pastor as well. The team would be celebrated for helping those who are in distress. The local bishop would know of this program and affirm it as worthy. Other congregations throughout the state and beyond would want to copy the program.

But the Freeborn County Crisis Response Team is not a faith-based program. It has a broader base. There is no clue about the future of this county-based team. It is suspended, as is its organizer and leader. In the Sept. 8 article in the Albert Lea Tribune, the county administrator was quoted as saying that the suspension was not about the money. What is this suspension about? Whatever it is about, it does not serve the best interest of the residents of Freeborn County.

The Crisis Response Team is only a fraction of the service that Olmsted provides to the county in her position as supervisor of the Crime Victims Crisis Center. It is often said that perpetrators are treated better than victims in our criminal system. That is never true when Olmsted is involved. In my years of volunteering for the sake of those who have suffered trauma in our county, Olmsted has taught me greater and greater sensitivity for the individual who is suffering. In truth, when I did not live up to standards, she always found the right time to offer correction for the sake of the people we serve. Her passion for human beings is so deep that she will say something when she observes blatant discompassionate behavior.

Something we would rather forget: When an employee was being dismissed a few years ago at a facility in Albert Lea, the comment that employee made was, “You have bigger things to worry about than me.” And there was a significant problem that the management had not detected. That made Albert Lea famous for a while. I know government is hard these days. I write because I am afraid that if an employee like Olmsted can be suspended in this manner, there may be deeper problems in the functioning of our county government.

Albert Lea learned in the past it is possible for some kind of abusive situation to exist in an organization undetected. County commissioners have to make hard decisions. In this case, the hard road may be finding what is really going on in Freeborn County government.

The Rev. Joel Xavier splits his time between a residence in Bath Township and one in Trimont.