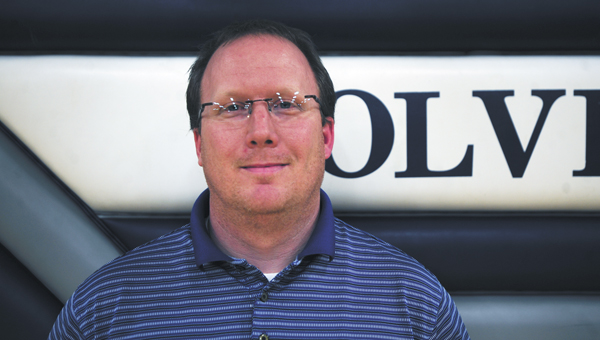 GLENVILLE — The Glenville-Emmons football program’s struggles were no secret.

Ryan Kelly was well aware of them last year when he accepted a position as the Wolverines head coach. Still, it didn’t deter him and he began working immediately on what he thought the team needed most — an identity.

Kelly, 34, was hired out of St. John’s Preparatory School in St. Cloud, where he was an offensive coordinator and joined a Wolverines squad that had won just four games over the three years prior to his arrival.

He eclipsed that mark in his first season, winning five games and leading the Wolverines to its first section championship game in school history.

Despite winless seasons in 2007 and ’08, the well of talent wasn’t dry when Kelly arrived in Glenville. The second-year head coach said he inherited a team that had athletes who had a lot to learn but were willing to do so.

“They hadn’t done things the same way for a long time,” Kelly, a science teacher at Glenville-Emmons School, said. “Coming in with different ideas there was a big learning curve, but I also saw that I had a coaching staff that knew the kids, which helped me significantly.”

The Wolverines won two of its first three games last season with Kelly at the helm and after finishing fifth in the eight-team Southeast Conference, the Wolverines upset Houston and top-seeded Grand Meadow en route to the Section 1 Nine-Man finals.

Kelly’s first goal as the Wolverines head coach was to increase accountability in the program. He introduced mandatory after-school study halls and required his players to turn in weekly academic progress reports filled out by their teachers.

On the field, Kelly reorganized practice, upped the intensity and kept a strict time schedule. He also implemented new offensive and defensive schemes, including a veer-option offense and placing more pressure on his defensive backs.

“If you’re going to beat us, it’s going to be throwing the ball,” Kelly said. “We believe our defensive backs are as good or better than anybody in the conference. We trust those guys and put a lot of pressure on them to make plays.”

Kelly said “a whole slew of things” had kept the Wolverines program down in the past, including a competitive conference and small class sizes.

“But more than anything else, a lot of it is just not having consistency,” Kelly said.

After being on the wrong side of lopsided scores for years, the Wolverines are finally winning and winning big. The team outscored its opponents 136-41 during the first three weeks of this season, including a 68-2 win over Lyle/Pacelli.

“Being able to be successful on the field creates a lot of excitement in the community,” Kelly said. “There hasn’t been consistency with the football program since, what I can tell, the 1960s, so they’re really excited to see the team come out and play well.”

Kelly said the enthusiasm generated from last season’s postseason run, though, put too much pressure on his players.

“At the end of the year last year it kind of got overdone,” Kelly said. “The kids felt more pressure than they should have but now have more season to deal with that pressure. If we win some games comfortably it helps get other players in the game and lets them experience it. That way we won’t have to start from scratch next year.”

The Wolverines are led this season by an experienced offensive and defensive line and talented position players. Kelly said it’s the group’s work ethic that sets them apart.

“I don’t have to ask them if they’ve been in the weight room during the offseason — they have, there’s no question about it,” Kelly said. “They’re the prototypical gym rats.”

Kelly said his main goal for this season is to host a section playoff game in Glenville. He said the last home postseason game was played in 1998 and before that it had been decades. He also hopes to compete for a conference and section championship.