Down to the final 4 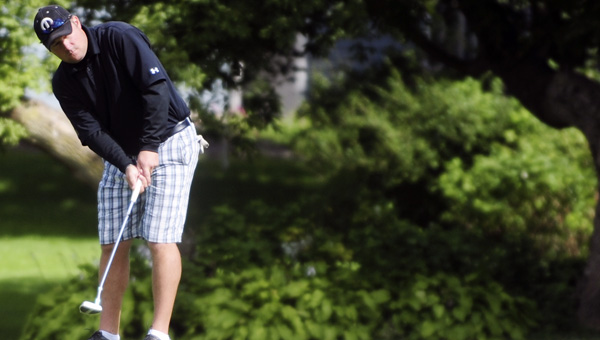 The Shortstop Golf Tournament was slimmed down to its final four golfers Sunday in the championship flight at Green Lea Golf Course. 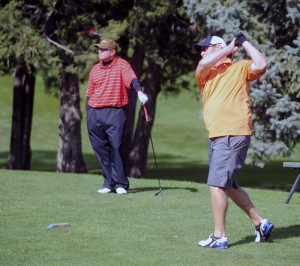 pairings, which tee off at 7:30 a.m. Monday, included a matchup between two golfers who have dominated the Shortstop over the past 10 years.

Top-seeded Phil Schmidt earned a semifinals matchup against fifth-seeded Chris Baas. Schmidt is the defensing Shortstop champion who also won the tournament in its first year at Green Lea in 2006. Baas has four titles over the past 10 years including championships in 2001 through ’03 and 2008.

The other two golfers facing off Monday are sixth-seeded Brett Richards and seventh-seeded Eric VanDyck.

Baas bounced back during the qualifying round Saturday after missing the championship flight last year or the first time in his career. Baas opened Sunday’s match by defeating 12th-seeded Mike Westland 3 and 1, before beating 13th-seeded Ryan Nelson 6 and 5.

“I was defiantly having some swing issues last year and now everything’s getting a little better,” Baas said. “I had some really good moments today, and I had some not so good moments.”

Baas said he will have to play very well to beat Schmidt who he considers a great friend. 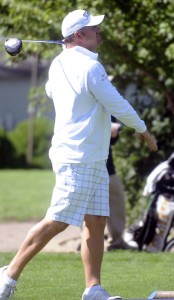 Schmidt earned his way to the semifinals by defeating 16th-seeded Tony Richie 5 and 4 and beating ninth-seeded Steve Petersen 4 and 3. Schmidt hit a hole-in-one on No. 15 last year to qualify for the semifinals before defeating Mick Hockinson 4 and 3 in the finals.

Schmidt said Sunday he was up-and-down against Petersen.

“I came out of the gates really steady,” he said. “I hit it solid, made a lot of pars and a couple birdies. Coming down the stretch Petersen threw some birdies at me. He’s a really good player but I hung in there.”

Schmidt said he expects a “bulldog fight” against Baas in the semifinals.

“It’s going to be a battle,” Schmidt said. “But we’re going to have fun. Whichever the way the coin gets flipped doesn’t matter. Whoever wins, wins. It’s just going to be a fun day.”

On the other side of the championship flight’s bracket are two players looking to win their first Shortstop championship.

The weather cooperated Sunday after heavy rain and lighting postponed Saturday’s qualifying round twice. Monday’s weather is forecast to be sunny with calm winds and a high near 67, according to the National Weather Service.

The Shortstop’s championship match is expected to start between 1 and 1:30 p.m., according to Green Lea management.