Parents of the couple are the late Vern Braund, Tammy Ashton and Ben Dolsen, of Alden, and Rod and Deb Eisenmenger, of Albert Lea. 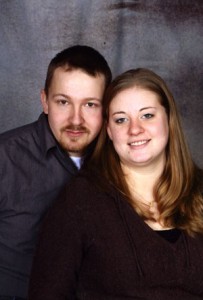 Chris graduated from Alden Conger High School in 2002 and is attending Riverland Community College where he studies diesel mechanics. He is employed at Lou-Rich in Albert Lea.

Dianna graduated from Albert Lea High School in 2004 and from Riverland Community College in 2009. She is employed at St. John’s Lutheran Home in Albert Lea.