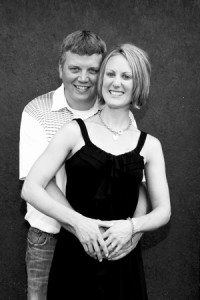 Grandparents are Carl and Dorothy Sparke, of Albert Lea, and Junice Schuhmacher and the late LaVern Schuhmacher, Albert Lea.

Grandparents are the late Gordon and Zella Kaasa, of Albert Lea, Audrey Gentz-Wolf, of Stewartville, and Jerome and Deloris Wuerflein, of Albert Lea.

Angela is a 2002 graduate of Albert Lea High School and a graduate of Minnesota State University, Mankato, with a major in dietetics. She is a student nutrition services assistant coordinator for the Rochester Public Schools.

Brett is a 2001 graduate of Albert Lea High School and a graduate of Southwest Minnesota State University in Marshall with a major in business administration/management. He is employed at RWP Building Materials.