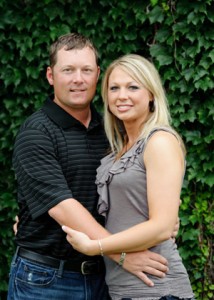 Jernelle is a 2001 graduate of Glenville-Emmons High School and a 2005 graduate of Rochester Community and Technical College with an Associate of Arts and Sciences degree in veterinary technology. She is employed at Austin Veterinary Clinic.

Christopher is a 1995 graduate of Albert Lea High School. He is employed at South Minnesota Lubes.