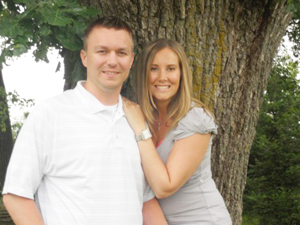 Mandy is a 2002 graduate of Albert Lea High School and a 2008 graduate of Minnesota State University, Mankato, with a master’s degree in school counseling. She is currently working with the Cambridge-Isanti School District.

Zachary is a 2001 graduate of Jefferson High School in Bloomington, a graduate of Minnesota State University, Mankato, with a mass communications degree. He is currently working with C.H. Robinson World Wide in Eden Prairie.

A wedding is planned for Oct. 1, and they will reside at their home in Champlin.