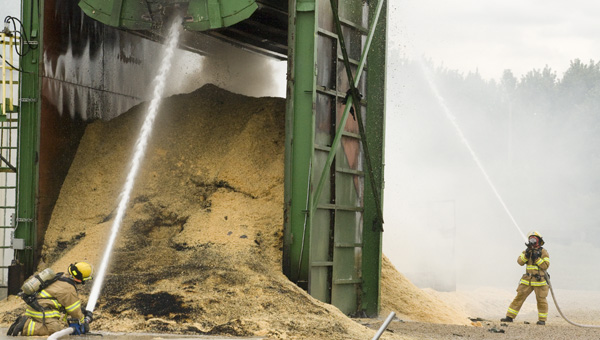 A chip bin used for storing sawdust was damaged by fire Friday afternoon at Alamco Wood Products in Albert Lea after what authorities are calling a suspected mechanical malfunction. 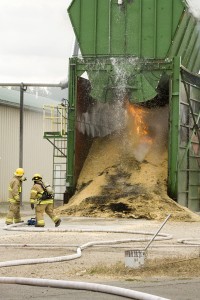 No one was injured, and damage was contained to the structure, said Albert Lea firefighter Dennis Glassel.

Alamco President John Forman said the chip bin, on the northwest side of the company’s second plant, was just installed six weeks ago. The sawdust stored in the unit is sold for animal bedding.

He said he was relieved the fire didn’t spread to any of the company’s other nearby buildings.

“We think it’s not real severe damage, but we will have to access the bearings,” Forman said, noting he hoped to have assessments completed over the weekend so operations could be back up and running by Monday.

Two shifts from the Albert Lea Fire Department responded to the blaze just  before 12:30 p.m. Firefighters sprayed water onto the fire from all directions, including from an aerial truck.

They were on scene a little more than an hour. 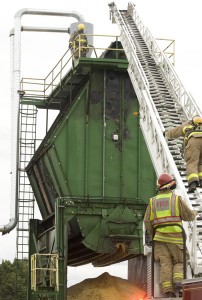