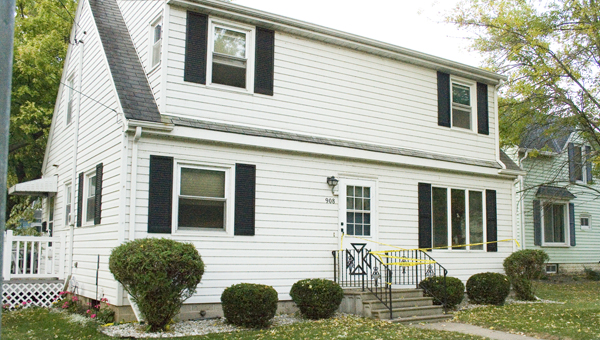 The exterior of the house at 908 St. Jacob Ave. looks rather normal at first glance, but the basement is blackened by fire. -- Sarah Stultz/Albert Lea Tribune

A house at the intersection of Hawthorne Street and St. Jacob Avenue was damaged by fire and several homes were without power Thursday afternoon after three main power lines east of Bridge Avenue went down during heavy wind.

Albert Lea Fire Capt. Mark Light said the fire, at 908 St. Jacob Ave., is still under investigation, and fire officials are still trying to determine how the incidents are related. 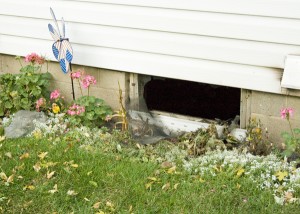 Evidence of a fire at 908 St. Jacob Ave. is seen here with a broken out basement window and blackened interior.

Firefighters were called to the intersection of the two streets around 4:15 p.m. for the downed lines, when shortly after they noticed smoke coming from the house, namely in the basement.

One occupant, Dorothy Baldwin, was inside the house at the time and was evacuated safely.

Light said firefighters could not start extinguishing the fire until Alliant Energy crews arrived at the scene to make sure the power lines were dead.

He said the basement was never fully engulfed in flames, but there was substantial damage. It has not been determined yet if the house is a total loss.

Most of the fire was contained to the basement, though there was smoke throughout the rest of the house, he noted.

Light advised people to be cautious around downed power lines. He said there were a lot of people walking around the area on Thursday out of curiosity, and noted it could have been a potentially dangerous situation.

Dorothy and her husband, Dale, received aid from the Albert Lea Salvation Army following the incident.