Memorial Services for Jerry W. Neitzel will be held at 4 p.m. Thursday at Bonnerup Funeral Service, Albert Lea. The Rev. Tom Biatek will officiate. Interment will be in Fairview Cemetery. Friends may visit with family one hour before services at the funeral home. 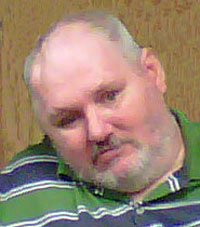 He was born on June 15, 1953, in Albert Lea, the son of David and Irene (Olson) Neitzel. Jerry graduated from Albert Lea High School and then worked in the Albert Lea area for several years. He was united in marriage to Susan Garten and to this marriage Brian, Christina and Jeremy were born. They were later divorced. He had moved to Minneapolis, Mankato, returned to Albert Lea, and then had moved to Renville to be closer to family following a stroke in 2008.

Jerry was a big fan of the Minnesota Twins, Vikings and thoroughly enjoyed his grandchildren.