The visitation for John Dana Guildner will be from 4 to 6 p.m. Monday at Bonnerup Funeral service Chapel Albert Lea. Dana died Friday Sept. 16, 2011, at the Albert Lea Medical Center. He was 62 years old. 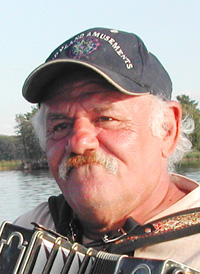 Dana worked as regional Manager of Sound World, owner of Orbitscan Satellite, co-owner of D&B Food Enterprises and was famous for mini-donuts. Dana played a season with the Minneapolis Symphony and most recently played string bass and accordion with the Geneva Witnesses.

Dana was preceded in death by his mother, Eileen Guildner, and grandson, Collin Fohrman.

Dana was a loving husband, father and grandpa (Bumpa). He will be dearly missed by family and friends.