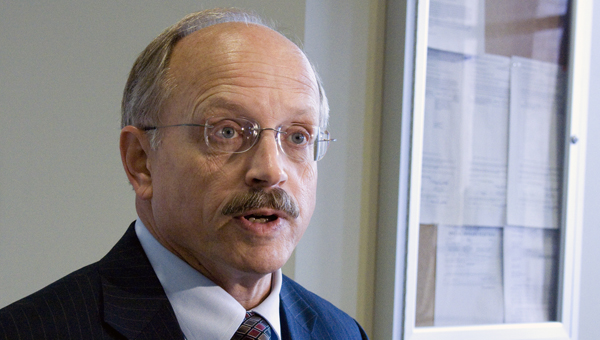 Freeborn County District Court Judge Steve Schwab has delayed a decision about whether to waive the third jail stint for the two young women convicted of abusing residents at Good Samaritan Society of Albert Lea.

During a hearing Tuesday, Schwab said there were two key components of the sentence for Brianna Broitzman, 22, and Ashton Larson, 21, that have not yet been completed. He would like to wait and see how things go with these two aspects before he makes an order.

The first component is what is called “restorative justice,” where the defendants meet with the victims’ families during a monitored mediation. The families are able to ask questions of the two young women and hopefully receive some closure and healing.

Schwab called this the most important aspect of the entire sentencing.

He said the state government shutdown and scheduling problems played a factor into why this wasn’t able to be completed earlier.

The second component regarded Broitzman and Larson’s letters of apology that had been written to the victims’ families at least three months ago but never mailed out.

This was because of a Freeborn County Court Services clerical error.

He was clear to point out neither Broitzman nor Larson were to blame for either of these two components. In fact, they have completed all conditions required of them that they had control over.

With these two concerns in mind, Schwab pushed back the report date for the third jail term for both women to Jan. 20, 2012. That should allow time for the missing components to be completed before he has to decide whether it is validated to waive this stint.

He said he will get a report from Court Services staff 30 days prior to that date with information about how the mediation session went. After seeing this, he will issue an order regarding the jail time.

“I think the judge did the right thing,” Freeborn County Attorney Craig Nelson said, calling it a “reasonable” decision.

Nelson said there are family members of the victims who want to meet with the defendants.

The question they — and many others — want to know is why the actions occurred.

“What happened?” said Jan Reshetar, a family member of one of the victims. “What took place in your mind that said what you’re doing is OK?”

Reshetar said she’s hoping the mediation with the two women will bring some understanding.

“Even though we may never understand why it happened, maybe something will click that will bring closure,” she added.

Schwab in 2010 sentenced Broitzman and Larson to staggered 180-day jail sentences after each was convicted of three counts of disorderly conduct by a caregiver. Each count represented a different victim at the nursing home.

Schwab said his purpose in the staggered sentence was “to make a change in their life and a change in attitude primarily.” As part of the sentence, each woman also had to fulfill a long list of requirements.

Broitzman’s lawyer, Larry Maus, said these requirements have been helpful in his client’s maturity.

“My client has had a change in attitude about life, about people and particularly about the elderly,” Maus said.

When given the chance to speak, Broitzman said she has learned a lifelong lesson and is “forever sorry” for her actions.

“I am willing and able to do this mediation with the families,” she said.

Larson’s lawyer, Evan Larson, echoed Broitzman’s comments for his client saying he thought the mediation would be important for everyone involved. He described it as “critical” for his client.

“Ms. Larson will do everything in her power to facilitate that,” he said.

Broitzman and Larson were two of six young women who initially faced charges tied to allegations of abuse at the nursing home.

The allegations surfaced after the release of a Minnesota Department of Health report in August 2008 that concluded four teenagers were involved in verbal, sexual and emotional abuse of 15 residents at the nursing home.

The abuse reportedly took place at Good Samaritan from January through May 2008.

The residents suffered from mental degradation conditions such as Alzheimer’s disease and dementia.