Memorial services for Karelyn M. Quam will be held at 1 p.m. Friday at Grace Christian Church in Albert Lea. The Rev. George Marin will officiate. Interment will be in Sunny Hill Cemetery in Grimes, Iowa. 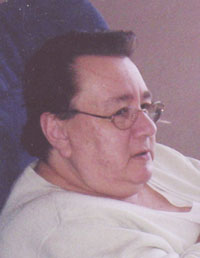 She was born on Aug. 23, 1948, in Des Moines, Iowa, the daughter of Marvin “Swede” and Vera (Righi) Greif. Karelyn graduated from Johnston High School in Johnston, Iowa, with the class of 1966. She married Howard Quam Sr. in Grimes, Iowa in 1968. She lived many years of her life in Albert Lea, where she had worked at Good Samaritan Society and Perkins.

Karelyn enjoyed needlework, camping, gardening and being outdoors. She was an animal lover and an accomplished accordion player. Grandson Drew, was a very precious gift for Karelyn, as he was the center of her world.

She was preceded in death by her parents, and former husband Howard Quam Sr.