Memorial services for Kent E. Peterson, of Albert Lea, will be held at 11 a.m. Friday at Grace Lutheran Church in Albert Lea. The Rev. Todd Walsh will officiate. Interment will be in Lakewood Cemetery. Friends may visit with family from 4 to 7 p.m. on Thursday at Bonnerup Funeral Service, Albert Lea, and one hour before the service at the church. 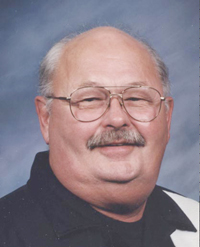 He was born on Feb. 6, 1936, in Albert Lea, the son of Earl and Gladys Peterson. He graduated from Albert Lea High School and then completed barber training in Minneapolis. Kent was united in marriage to Deloris “Dee” McGinnis and they made their home in Albert Lea. Kent operated “Peterson Barbershop” on Johnson Street for more than 30 years. He later worked at Farmstead, from which he retired. He was a member of Grace Lutheran Church, and had been a volunteer for the Albert Lea Township Fire Department for more than 32 years.

Kent was an avid sports enthusiast and enjoyed golfing and hunting. He also loved watching the Minnesota Twins, the Vikings, the Wild and any other hockey or sporting events he had opportunity to.

Kent was preceded in death by his parents and his son, Randy Peterson, in 1979.