Kevin Allen Severson, 53, of Kiester, died Friday, Sept. 16, 2011, at his home in a farm accident. A memorial service will be held at 11 a.m. Thursday at Our Savior’s Lutheran Church in Kiester with military honors by the Kiester American Legion Post. Visitation will be held from 4 to 7 p.m. Wednesday at Bruss-Heitner Funeral Home in Wells, and will continue one hour prior to the service at the church on Thursday. The Rev. Bonnie Roys will officiate. Bruss-Heitner Funeral Home in Wells is in charge of arrangements. 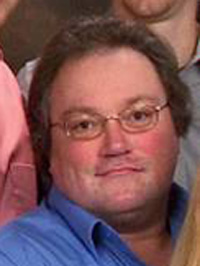 Kevin Allen Severson was born Nov. 16, 1957, in Albert Lea, the son of Keith A and Judith A. (Hahn) Severson. He married Pamela Lynn Levine on Dec. 15, 1997, in Albert Lea. He proudly served in the U. S. Army until 1985. He was trained as an electrician and worked locally. He loved spending time at this grandparents’ cabin on Tom Lake on the North Shore. He loved fishing, camping and the outdoors; target shooting; guitar playing and working with his horses. He especially loved his wife, children and grandchildren and was very proud of them.

He was preceded in death by his infant daughter, Paula Ann, in 1977, and grandparents: Lyle and Mildred Hahn, Earl and Esther Severson, and Orville and Nellie Hanson.