Memorial services for LeRoy Hanson, of Albert Lea, will be held at 11 a.m. Saturday at First Lutheran Church in Albert Lea. The Rev. Baker will officiate. Visitation will be one hour prior to the service at the church. To sign the guestbook go to www.bayviewfuneral.com. 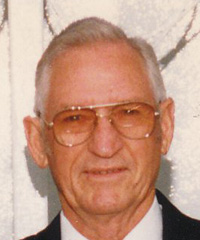 LeRoy Paul Hanson was born June 20, 1923, to Paul LeRoy and Minnie Florence (Nelson) Hanson in Albert Lea. LeRoy was confirmed at Oakland Lutheran Church. He grew up in Albert Lea where he attended school. He spent many years working on the family farm. He quickly became very independent, a trait he carried throughout his life. LeRoy enlisted in the Minnesota National Guard Motorcycle Corp. On May 25, 1947, he was united in marriage to Lorraine Adeline Grasdalen in Albert Lea. In 1960 they moved to Prescott, Wis., where LeRoy worked many years at 21st Century Genetics as a technician and sales rep. When he retired in 1989 he and Lorraine moved back to Albert Lea. They enjoyed spending the winter months in Texas for 13 years. He was a member of First Lutheran Church in Albert Lea and a charter member of Joy Lutheran Church in Prescott, Wis. Roy enjoyed playing bridge, pool, traveling, deer hunting and fishing. Most of all he enjoyed spending time with his family; his children were his pride and joy.

LeRoy was preceded in death by his parents; sisters, Hazel Nelsen and Fern Christianson.

The family would like to thank the Crossroads Community Hospice for the wonderful care they gave our husband and dad.

Memorials are preferred to the Peace and Power televised service at First Lutheran Church.